Wildlife encounters caught on video while out hiking and sightseeing in Canada's beautiful Rocky Mountains.

Grizzly Bears range in small numbers in Alaska and western Canada as well as eastern Siberia and Hokkaido, and from western Europe and Palestine to the Himalayan region, and possibly the Atlas Mountains of northwest Africa.

The Canadian Rocky Mountains boast some of the best Wildlife Viewing in the World. The Rocky Mountains are home to an exciting array of mammals and birds. Most commonly seen are Elk, Bighorn Sheep and Deer. The more elusive Bear, Mountain Goats, Wolves and Moose can be found in Canada's Rockies more easily at specific times of the year. Even more rare sightings of Mountain Lion, Lynx and Wolverine are experienced typically by chance of those who spend a significant amount of time exploring Canada's Outdoors.

We were lucky to witness this huge bull courting a receptive cow during the Moose Rut. The active peak of rutting season for moose is generally the first two weeks of October. Farther North in the hemisphere is earlier as South is a bit later. Moose bulls may court cows for several days during their mating season. The largest and heaviest of the Deer family can often be seen in groups during this time, with both Bulls and Cows potentially competing for mates. Moose Bulls will chase off or even fight rivals for mating rights, while cows that occupy the same area may also chase each other away from a favorite bull moose. You can hear some vocalizations between the bull and cow along with seeing some very rare behavior in these gentle giants.

Sheriff brings Cows to a Beautiful Lakeside During the Elk Rut

The Sheriff brings his Cows to a beautiful Lake During an evening of the Elk Rut. Here, the largest Elk Bull in this area fends off another Bull, Bear, and stress in an amazing Canadian Rockies setting.

A Magnificent Elk Bull shining with energy during this year's Elk Rut. Various elk rut season behaviors can been seen here as he pursues cows, bugles, rubs trees and travels lakeside in a few beautiful locations.

Here are 60+ Elk Bull bugles during this year's Elk Rut so far. This shows a wide array of bugling sounds and tones from the largest Elk Bulls in this area of Canada's Rockies.

The Sheriff(largest elk bull) faces another gifted elk bull's challenge. You can see there are several other magnificent bulls sharing this space tonight, but this was the only bull that was attempting to take on the Sheriff. Just two days ago, the Sheriff was in a fight in which he broke a tine and received several cuts on his shoulders and neck. It was suspected that this Bull inflicted this damage, but now we can't be certain. It is possible that this could be "round 2", however. These posturing displays are typical when Elk Bulls are measuring each other up, usually just before a battle ensues. When the challenger charges, the Sheriff doesn't flinch.. which must have been what changed the tide. It also may add to the possibility that this was indeed round 2, as the challenger was quite confident up until that point.

Sheriff Gets back to Business During the Elk Rut

Sheriff Gets back to the Elk Rut

As expected, the Sheriff never really skipped a beat after being slightly injured during a fight. He does seem to tend to his knees a bit, but is moving really well again as his focus remains on ruling this area during the Elk Rut. There were several other big elk bulls along the perimeter here, but all moved away when the largest bull bugled or started moving in their direction. The Sheriff seems to like the safety and quiet that the Athabasca River offers much of the time as he moves his herd there to rest. Thank you for your patience where the bit of digital zoom came in handy.

First Elk Bull to Form Herd in the Elk Rut

Here is the "Sheriff".. this areas biggest Elk Bull, working on a tree today. You can see he could easily uproot it. Elk Bulls scrape or rub trees initially to remove velvet from their antlers just before the Elk Rut. As the Rutting season progresses, Elk Bulls will continue to rub their antlers on trees to spread scent, appeal to nearby cows, show dominance, and strengthen or "exercise" their neck muscles for the battles that will soon come. As Elk Bulls continue to rub their antlers on vegetation and themselves, the white/bone color will change to darker brown hues.. mahogany and/or tan. When the Elk Rut is in full swing, this scraping/rubbing becomes more aggressive and often brings challengers together.

The early stages of the Elk Rut in Canada's Rockies - Jasper National Park. These Video Clips are fractions of several days of a Wonderful experience. This particular Bull Elk has aggressively defended His harem from Several other Bulls over the last few days, of which is still quite early for the Elk Rutting Season.

The Bighorn Rut is Coming

Wildlife on Video - The Bighorn Rut is Coming

Bull Behaviors with His Harem During the Elk Rut

In nature with Canadian Rocky Mountain Bighorn Rams during their rutting season. We were very lucky to witness this Epic Battle between two very gifted Bighorn Rams. 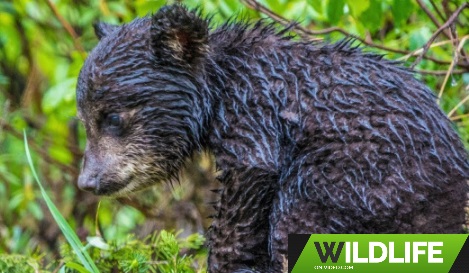 Bear Family on a Rainy Day

Newborn Black bear cubs are born just a little larger than a hamster in the Den(January), but grow rapidly. By the time they emerge from their dens(usually April), they are typically the size of a house cat. This Cub is the smallest example of what we have ever seen in Canada's Rockies at this time of year... Hoping to see this charismatic little one do a lot of growing in the next few weeks. 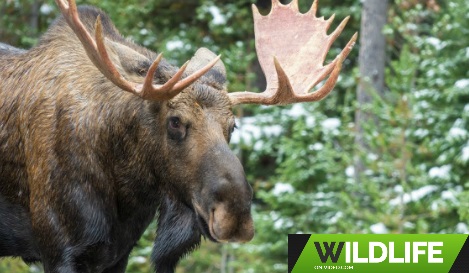 Bull Moose Warming Up for The Rutting Season in Canada's Rockies

An amazing Bull Moose Warming Up for His Rut Season in Canada's Rockies. You can hear him communicating if you listen closely. This Bull Moose spent some time with 2 different females within just a couple hours in one day, but the companionship didn't last yet on this day.

Viewing Wildlife in their natural habitat can be very exhilarating. Let's keep the chance of wildlife encounters existent for future generations.